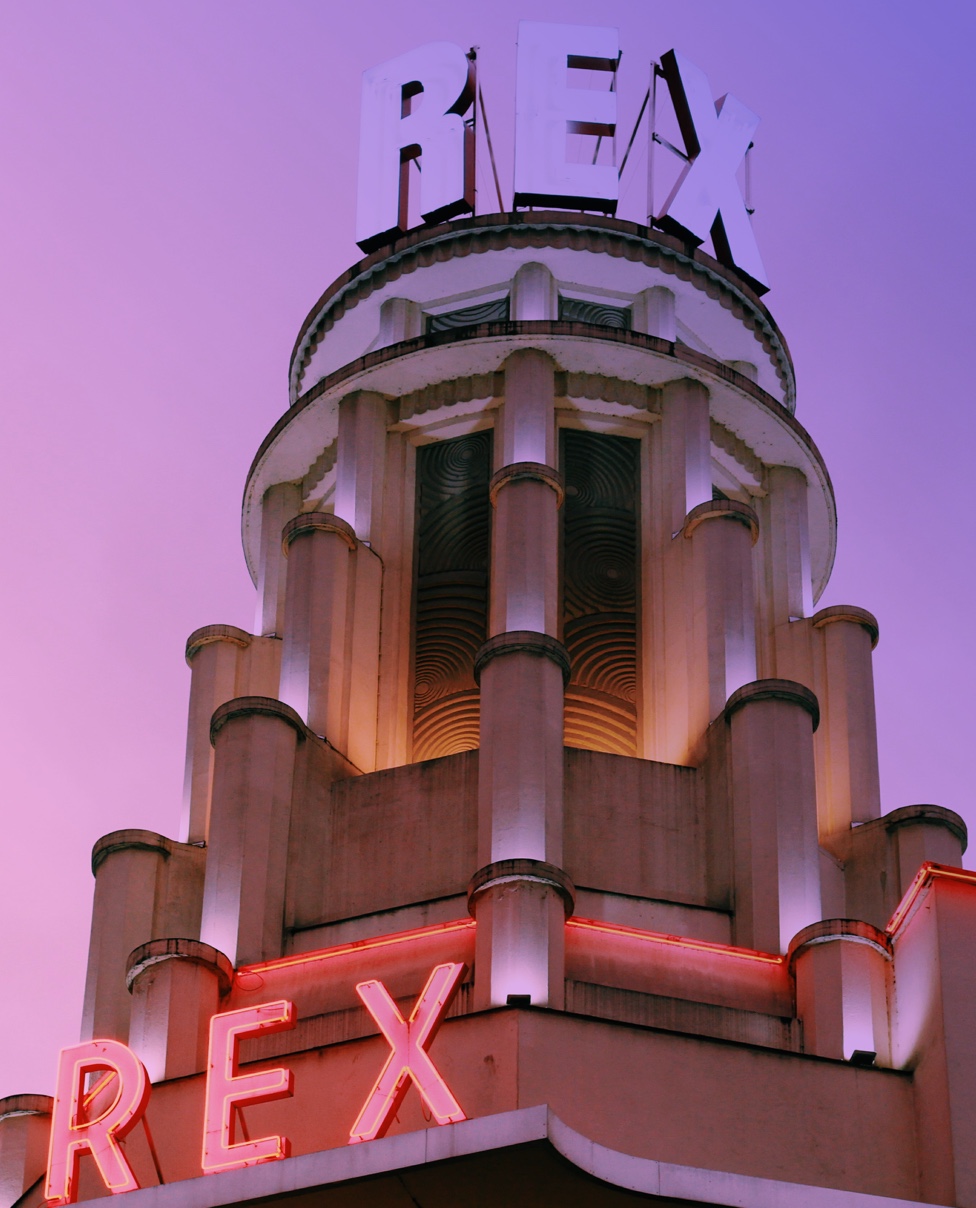 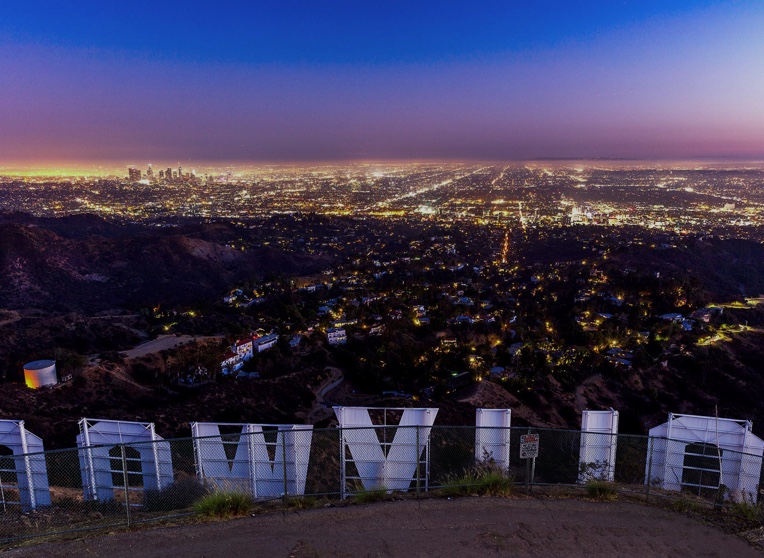 The MetaMedia Entertainment NetworkTM is the world's first global, cloud-based content distribution network for theatres. This revolutionary platform offers the ultra-secure, rapid and cost-effective delivery of movies, trailers, live-streamed events and other big-screen programming and revenue-generating opportunities to theatres.

Secure, cost-effective, targeted delivery of feature films and other content for theatres.

Easy and targeted delivery of trailers and digital assets (such as digital one sheets, standees, and other artwork).

On the heels of a major new report by the Hollywood Reporter, former IMAX and Disney Studios executive, Jason Brenek, announced five new partnerships with major and independent cinema chains across the U.S. and Canada.

Metamedia, Velocity and Pixelogic Announce “MVP” Partnership to Deliver Next Phase of Digital Content Creation and Distribution to Studios and Theatres

MetaMedia, Velocity and Pixelogic are proud to announce MVP, a groundbreaking partnership between these three industry leaders that will deliver next generation solutions, streamlined workflows and reduced cost in relation to creation and delivery of content direct to theatres around the world.

Leveraging two decades of senior executive experience across multiple sectors of the film and entertainment industry, Jason Brenek assembled a group of powerful industry leaders with incomparable experience and relationships to forge the building blocks of MetaMedia. As Chief Executive Officer of MetaMedia, Brenek focuses intently on realizing the operational, economic and programming benefits of creating a next-generation distribution network, which are mutually-beneficial to content producers and cinemas around the world.

Prior to MetaMedia, Brenek was President of IMAX Corporation, where he led business and engineering teams around the world to develop and launch multiple new products, technologies, and platforms. Before IMAX, Brenek spent over a decade in senior management roles at The Walt Disney Studios. While serving as Senior Vice President of International In-Home and Head of Global Business Development and Strategic Partnerships, Brenek established partnerships with global brands including Netflix, Google, Amazon, Apple. and Samsung to distribute Disney-owned content across new digital/OTT platforms, television, and retail. Brenek previously served as Disney's Senior Vice President of Worldwide Digital Cinema and Cinema Programming, overseeing the company's global transition from analog to digital cinema. Brenek also developed and co-produced two Disney feature films and multiple live sporting events in cinemas with ESPN. Brenek received his Master of Business Administration from Harvard Business School and his Bachelor of Business Administration from the University of Texas at Austin.

Dale "Bud" Mayo is an international award-winning digital cinema pioneer. His companies have transformed how films and alternative content are delivered and managed for over 14,000 screens in cinemas around the world. Having raised over $1 billion in capital and founded six companies, Mayo brings a wealth of financial and management expertise to his role as chairman of MetaMedia, where he endeavors to complete the digital cinema revolution he began twenty years ago.

Prior to MetaMedia, Mayo co-founded and was chairman of New Vision Theatres, a 184 screen theatre circuit he assembled from AMC Entertainment and Carmike Cinemas holdings. Before New Vision, Mayo was president of alternative programming and distribution for the nation's fourth largest cinema exhibitor, Carmike Cinemas, which had acquired and sought to emulate the success of Digital Cinema Destinations (also known as Digiplex), of which Mayo was chief executive officer (CEO), chairman, and founder. Mayo had dedicated Digital Cinema Destinations, a 204-screen cinema exhibitor, to demonstrating how cinemas could continue to thrive in the 21st century by growing into interactive entertainment centers that use alternative content such as live sports, gaming, concerts and operas to augment and expand feature film revenues. Previously, Mayo was founder and CEO of Cinedigm Digital Cinema Corp., the company that rolled out the first 4,000 cinema-screen conversions from analog to digital by serving as a trusted intermediary between studios, exhibitors, distributors and vendors, thus ushering in the start of the digital cinema era. Cinedigm continued to fund and deploy thousands more digital upgrades even after Bud's retirement from the company in 2010. Mayo received his Bachelor of Science in Finance and Financial Management Services from New York University's Stern School of Business.

For over two decades, Chuck Goldwater has served as a senior executive in the entertainment and cinema exhibition industry which has earned him incomparable industry-wide trust and respect. As President, North America for MetaMedia, Goldwater draws upon his broad understanding and deep connections to exhibitors and studios across the country to create a robust network of exhibitor and studio partnerships for MetaMedia. He also applies his knack and experience for building successful entertainment startups to MetaMedia's growing infrastructure and success.

Prior to MetaMedia, Goldwater was co-founder and CEO at cinema chain New Vision Theaters. Before that, Goldwater served as Vice President of Strategic Initiatives at Carmike Cinemas, which acquired Digiplex Destinations, a cinema chain where Goldwater served as Executive Vice President and a member of the Board of Directors. At New Vision, Carmike, and Digiplex, Goldwater was an energetic and effective advocate for alternative programming and “event cinema” as a means of increasing seat utilization and creating incremental revenue for exhibitors. Before Digiplex, Goldwater was President of Cinedigm (formerly known as AccessIT), the company credited with deploying the first digital cinema infrastructure and electronic delivery network. Previously, Goldwater was selected by the then seven largest Hollywood studios to serve as Chief Executive Officer of Digital Cinema Initiatives (“DCI”), a joint venture that created the industry-wide specifications and the technical quality and security architecture for digital cinema systems. Goldwater was also inducted into the industry’s ShowEast Hall of Fame and is a Will Rogers/Motion Picture Pioneers Foundation Board Advisory Member.

Prior to joining MetaMedia, Bryant was Senior Vice President and Head of Dolby Cinema, a leading “premium large format” offering. Under Bryant, Dolby Cinema grew from a start up to a global network of over 200 cinema locations on 3 continents, improving box office for exhibitor and studio partners alike. Before Dolby, Bryant was Senior Vice President of International Digital Distribution and Licensing at 21st Century Fox, where he scaled international operations and doubled revenue. Prior to Fox, Bryant was Senior Vice President of Distribution Strategy and Digital Media at Walt Disney Studios, where he spearheaded the studio’s conversion from analog to digital distribution in film, home entertainment and television. During his stint at Disney, Bryant negotiated the industry’s first large scale digital cinema deployment deal, the first digital distribution deal for films with Apple iTunes, and a nine-figure deal to facilitate Disney’s adoption of the Blu-Ray format. Ahead of this role, Bryant served as Executive Director of Worldwide Marketing Operations for Sony Pictures Entertainment and as Principal Consultant in PriceWaterhouseCoopers’ Media and Entertainment Strategy practice. Bryant received a Master of Business Administration from Harvard Business School and a Bachelor of Arts in Legal Studies from the University of California, Berkeley.

After a decade of overseeing relationships with studios for the nation's leading film distribution services firm, Daniel Fair in one of the entertainment industry’s most trusted, reliable leaders. As Metamedia's senior vice president of sales, client services and account management, Fair's role is to cultivate studio partnerships and ensure clients' needs are continuously satisfied. Prior to MetaMedia, Fair was senior vice president of global client services at Deluxe Technicolor Digital Cinema, where he was the main point of contact for studio executives and oversaw all studio facing client teams. Earlier, Fair joined Deluxe near the start of its transition to digital cinema, where his focus was on digital cinema and managing the distributor's domestic Sony Pictures and Warner Bros. accounts. Previously, Fair worked as assistant editor on feature films for 21st Century Fox, The Walt Disney Company, Metro-Goldwyn-Mayer Studios and Dreamworks. Fair received his Bachelor of Arts in communications from the University of Missouri, Columbia.

An accomplished executive with over fifteen years of experience overseeing operations, exhibitor relations and post-production at two of the world's largest film distributors, Arbi Derzakharian embodies a rare combination of highly-developed management, operational, client relations, and software engineering skills. As MetaMedia's Vice President of Operations, Derzakharian oversees a team of highly skilled operators, manages the secure and timely and secure ingest and delivery of all content which flows through the MetaMedia Entertainment Network.

Prior to MetaMedia, Derzakharian was Senior Director of Post-Production and Operations at IMAX, where he consolidated the post-production and operations departments, doubled the firm's trailer output, created proprietary software to track work orders, and helped lead the successful pilot phase of IMAX's booking and electronic delivery technology. Before IMAX, Derzakharian was Executive Director of Customer Service at film distributor Deluxe Entertainment Services Group, where he oversaw management of exhibitor relations and was responsible for addressing exhibitor issues with the last mile of film delivery. Derzakharian received a dual Bachelor of Arts in Communications and Critical Film Studies from the University of Southern California.

Prior to MetaMedia, Derusseau was co-founder and chief technology officer of Cinema Scene Marketing, a leader in in-theatre marketing and digital signage. At Cinema Scene, Derusseau oversaw development the TrailerVision media network, which streams movie trailers and advertisements in theater lobbies, and negotiated all long-term agreements for the TrailerVision network. Before Cinema Scene, Derusseau was as senior executive at Sprint, managing Asia-Pacific relations, international product development, and domestic partnership marketing. Derusseau received his Master of Business Administration from Rockhurst University and his Bachelor of Business Administration from the University of Kansas.